After seeing the Vaikunda Perumal Temple, we wanted to see the Mathangeeswarar temple, which according to Google Maps was nearby. However, no one could guide us properly. We ended up at the State Museum (small, but enthusiastic staff) and having an early lunch. After lunch, we decided to have one last try. We parked the car and started walking on the busy Hospital Road. All of a sudden, between two shops, we saw the familiar blue and rusty ASI board informing about all kinds of offences and fines. 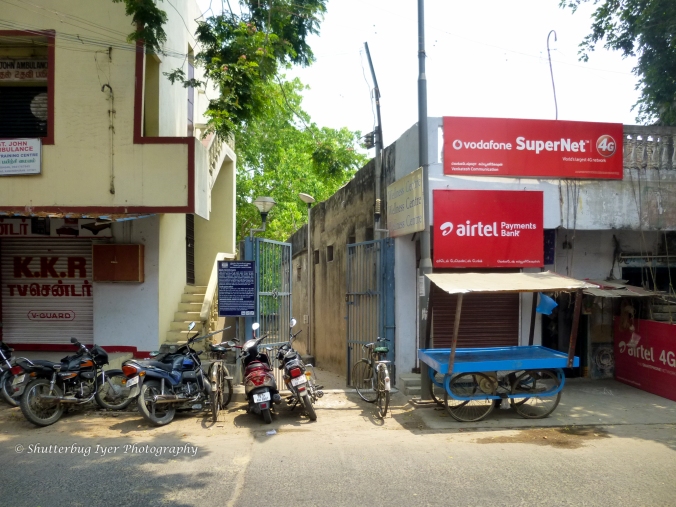 Going through the short passage we were pleasantly surprised to see a quadrangle with a small but imposing temple.

The Mathangeeswarar (or Mathangeswarar) temple is built on a high platform. The peaceful ambiance in the midst of the bustle of the bazaar is truly remarkable. There were a handful of young men reading and preparing notes. When we enquired they informed us that they are preparing for the state competitive examinations. To our query whether there is any spiritual significance for choosing this place to study, they said that it is only the peaceful ambiance which attracted them.  To our amusement, we found a polite request on the Mukha Mandapam not to sit on it for studying.

The style of architecture as highlighted by the lion pillars is definitely Pallava. The pillar details (ornate brackets, palagai & kumbha) indicate 8th century Pallava style.  The sanctum was closed when we were there but we understand that the main deity is Lord Shiva.

The mukhamandapam has six panels. Two are the Dwarapalakas.  The others are 1) Gaja Samharamurthy 2) Ravananugrah Murthy [click here for the background story,  my blog on Ravana and Mount Kailash]  3) Urdhva Tandava Murthy & 4) Gangadhara. 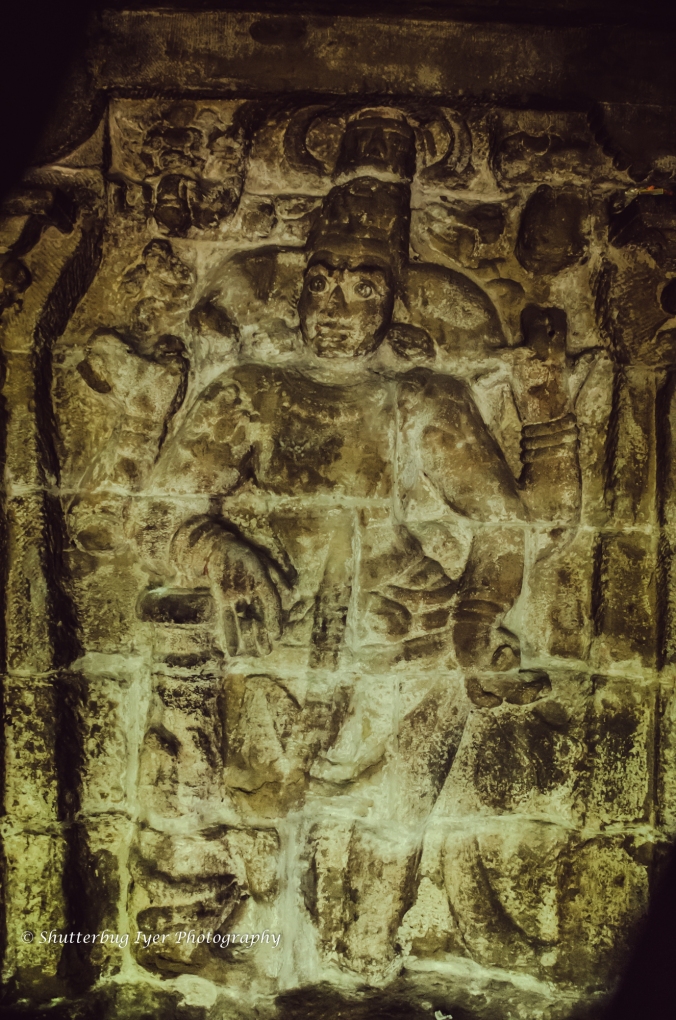 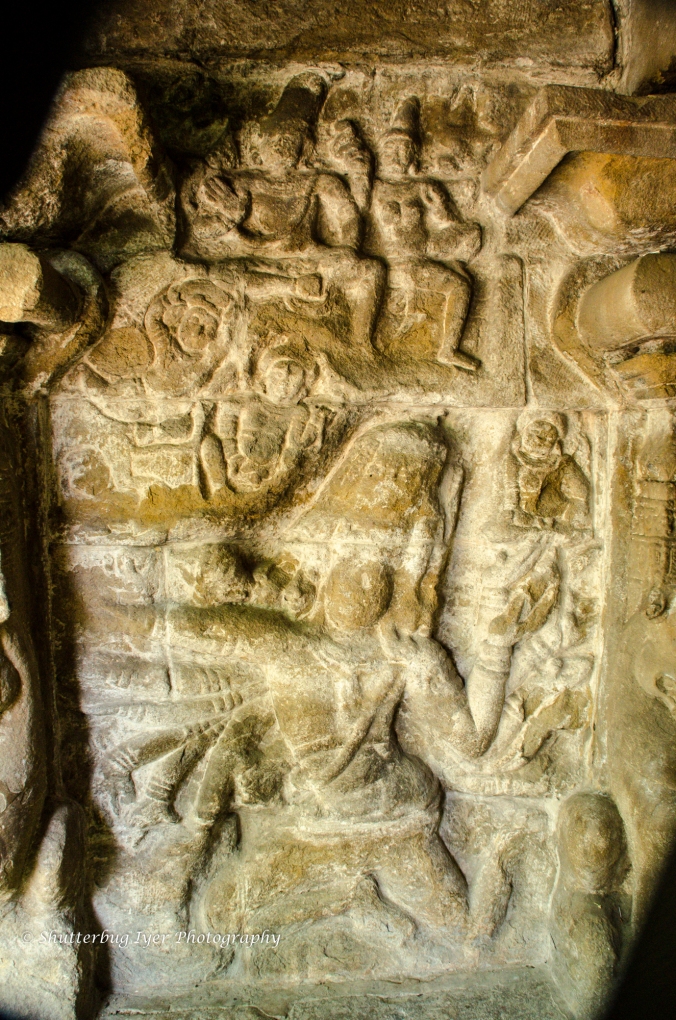 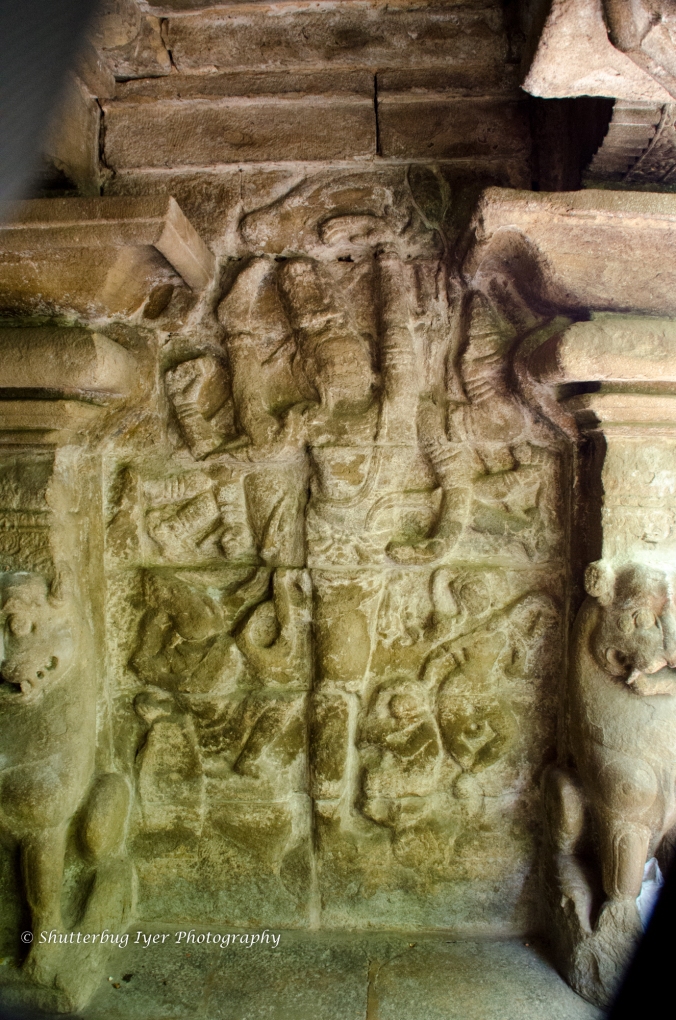 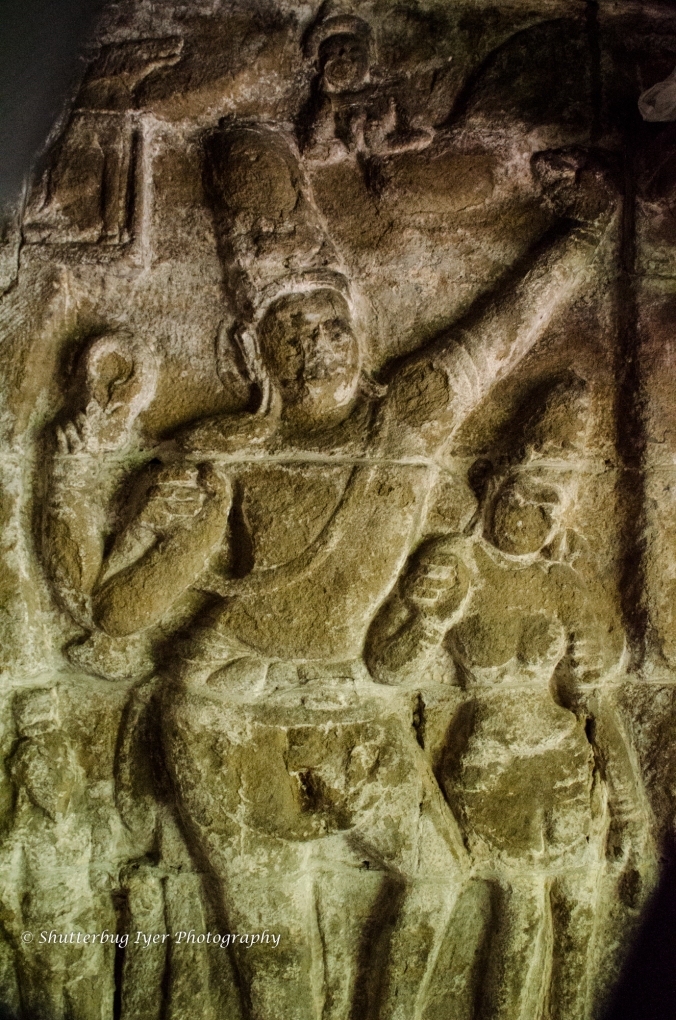 The figures on the outside walls are highly eroded.

There is Nandi with a broken face on a pedestal under a peepul tree but there is no Nandi mandapam.

Another heritage monument neglected by the authorities and the public.

It is a Dog’s Life for Singles