I had shared my album of post budget Pondy Bazaar with the IIMA- Chennai group. One of the alumni Mr Srikant pointed out that this Pillayar has a Shanku and Chakram, normally associated with Vishnu. Only after his response, I noticed this uniqueness.

I have no idea about how Pillayar came to have the Sangu and chakram, but I am aware that the masons and sculptors of gopurams take liberties with the terracotta or stucco figures that go on the gopuram, often deviating from the accepted norms of iconography.  If anybody has any other explanation, please do share it with the readers of this blog. 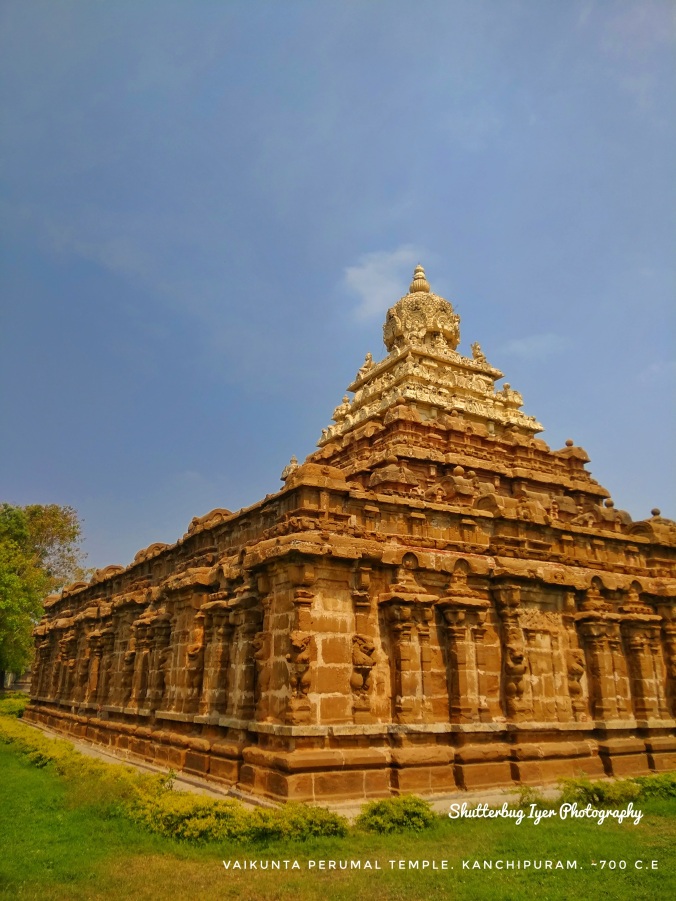 I was not aware of the Vaikunta Perumal Temple of Kanchipuram till now. If you are amazed by the Kailasnatha temple, you will be stunned by Vaikunta Perumal temple. This 7 century Pallava temple has bas-relief sculptures all over the walls – divine images as well as battle scenes, everyday life etc. Sadly, a lot of the sandstone sculptures are eroded and were plastered by ASI in an attempt to stop further damage.

The temple is in three levels – Vishnu is in sitting posture in the main sanctum. At the next level, approachable by a narrow stairway, he is Ranganathar, in lying posture. At the third level, which we did not see, he is in standing posture.

The picture was taken with phone camera (Redmi 4 Note) and tweaked on Snapseed. #phoneography.

For the next Olympics