However, in the Baijnath Temple in the Kangra district of  Himachal Pradesh the Nandi is in standing posture. This temple is about 8 or 9 centuries old and houses a Swayambhu linga. It is situated on the banks of river Binwa with a breathtaking view of the Dhauladhar range of the Himalayas.

Another curious feature was the image of man hanging from the Nandi’s tail. I searched the web to find the story behind this but could not find any lead. 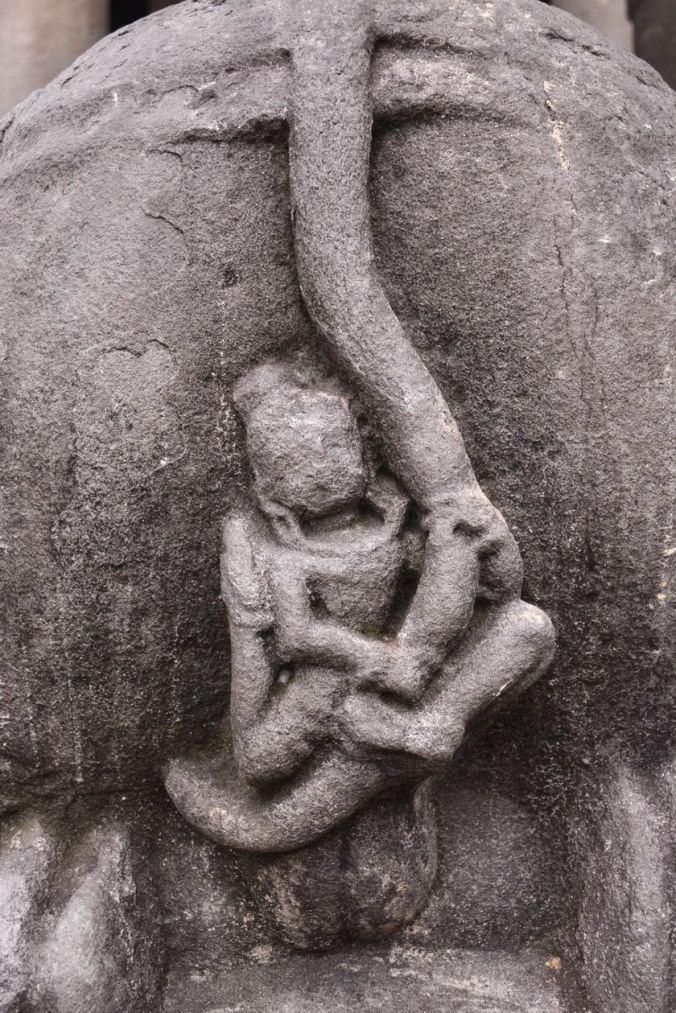 In this temple, you are required to leave outside all leather items, including bags, belts, etc. beside footwear.

It is a Dog’s Life for Singles